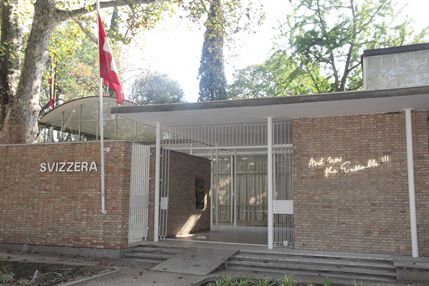 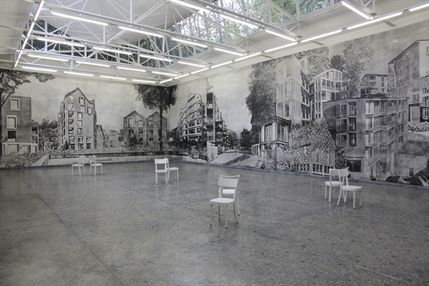 The exhibition AND NOW THE ENSEMBLE!!! represents an appeal to architects, builders and authorities to look on urban design and architecture as a dialogue-based, evolving and collective work of art and to act accordingly. Three architecture firms in Switzerland that for years have been propagating an ensemble and atmosphere based approach to urban architecture have collaborated on the project by putting together images of their own buildings and projects to create a collage-style ensemble. The designers are architect and university professor Miroslav Šik, nominated to represent Switzerland at the 2012 architecture biennale in Venice and, on invitation by Šik, his fellow architects  Knapkiewicz + Fickert from Zurich and Miller & Maranta from Basel.

A newly created or redesigned building invariably enters into a dialogue with its immediate environment through its design, the mood it evokes and its function, even if the construction appears to be fragmentary or peculiar. Understanding the characteristics and identity of an everyday location, allowing them to permeate any new design and blending old and new to a lively ensemble require a great deal of empathy, high architectural skill and a profound knowledge of local historical and architectural traditions. Designing new units within an existing ensemble does not call for the imitation of a given urban pattern, but requires an interpretation of the location against the background of past and proven solutions, moderate modernisation and the use of unfamiliar elements to add a new flavour to the atmosphere of the whole. The aim is an ensemble with a strong spatial effect and a distinct mood, to turn a historically grown mix of soloist constructions into an orchestrated whole. Such an approach to design and architecture enables a contemporary as well as continuous form of urban development, beyond modernism and postmodernism. If on the other hand the element of dialogue is neglected, if fashionable event and star architecture is the applied approach, the result may be beautifully formed and spectacular, but stands alone without relation to its surroundings. The sum of such buildings is chaos instead of an ensemble and, ironically, a further step towards global monotony. 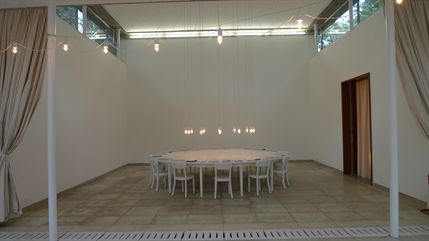 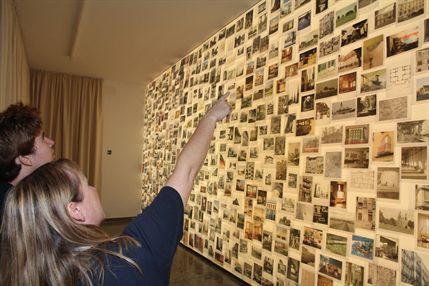 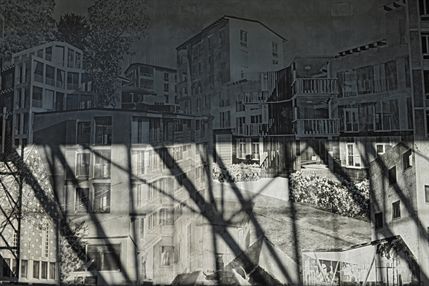 The mural/collage is the work of photographer Michael Zirn and his team, who have transformed the Pavilion into a huge camera oscura, with a sequence of images developed all along the walls.
Miroslav Šik and his associates composed the image files, featuring a combination of their existing projects, in digital format. They were then handed over to Michael Zirn, who cunningly transformed them into photographic negatives and transposed them onto the walls of the Pavilion. Zirn adopted a very traditional analogue technique: the photographs were developed, however, not in the classic 20x30cm format but on 280m2 of wall space, to create probably the largest analogue photograph ever displayed on a wall. 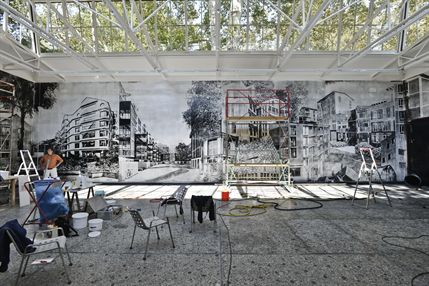 Zirn and his colleagues Joachim Seinfeld and Claus Feldmann worked in giornate, as if creating a fresco painting, covering an area of 25/30 m2 each working day. A light-sensitive emulsion was first applied to the area of wall concerned and the enlarged image was then projected onto it. After a given exposure time, the image was developed to achieve the final result. Working day by day in this way, they have composed this huge analogue panorama, a virtual city destined to exist only within the walls of the Swiss Pavilion.