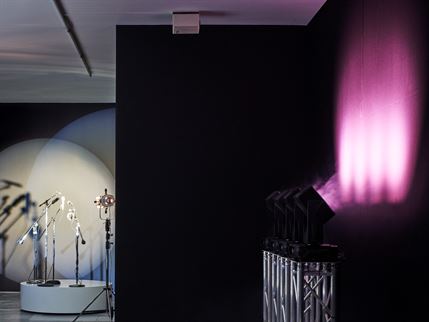 On the occasion of their solo exhibition ONGOING EXPERIMENTS WITH STRANGENESS at JSC Berlin, artists Pauline Boudry / Renate Lorenz will be in conversation with curator Irene Revell and curator of the exhibition Lisa Long.

The conversation will focus on the various political threads running through their moving-image installations. The discussion will also examine Boudry / Lorenz’s use of staging both on- and off-screen, and how the exhibition works as a choreography for the viewer. In addition, the talk will feature their new work Moving Backward (2019), which is currently on view at the Swiss Pavilion at the 58th Venice Biennial.

ONGOING EXPERIMENTS WITH STRANGENESS is Pauline Boudry / Renate Lorenz’s most comprehensive exhibition to date. Spanning the ground floor and first-floor cinema of the collection’s Berlin gallery, the show comprises four large-scale moving-image installations, stage elements, lights, and sculptural objects. The moving-image works featured in the exhibition are Telepathic Improvisation (2017), Silent (2016), I Want (2015), and To Valerie Solanas and Marilyn Monroe in Recognition of their Desperation (2013). All draw on musical scores, scripts, and speeches, adapted and interpreted by performers. Collectively, the artists and performers explore the works’ various political and sexual potentials, examining power relations among themselves and with the viewers.

ONGOING EXPERIMENTS WITH STRANGENESS is part of horizontal vertigo, a year-long program at the JULIA STOSCHEK COLLECTION in Dusseldorf and Berlin, curated by Lisa Long.

Pauline Boudry / Renate Lorenz have been working together since 2007. Their most recent work, Telepathic Improvisation with performance by Marwa Arsanios, MPA, Ginger Brooks Takahashi, and Werner Hirsch premiered in 2017 at Participant, New York. Silent with performance by Aérea Negrot premiered at the Biennale of Moving Images in Geneva in November 2016. In 2015 I Want with performance by Sharon Hayes was shown in their solo show at Kunsthalle Zurich and Nottingham Contemporary. Boudry/Lorenz have also had solo exhibitions at the Centre Culturel Suisse Paris, CAMH Houston, Kunsthalle Zurich, Badischer Kunstverein, CAPC Bordeaux, South London Gallery, and at the Centre d’Art Contemporain Geneva. They will represent Switzerland at the 2019 Venice Biennale.

Irene Revell is a curator who works closely, often in ongoing ways, with artists who work across sound, text, performance, and moving image. Much of her work since 2004 has been with the London-based organization Electra, as Co-Director. She is also a member of the artist-led collective that oversees the Cinenova feminist film collection. She is 'Visiting Curator' on the MA Sound Arts at London College of Communication where she is pursuing doctoral research on the feminist performance score at CRiSAP. 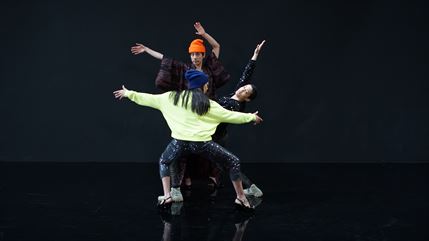 EXHIBITION AT THE PAVILION NOW OPEN

The exhibition at the Swiss Pavilion "Moving Backwards" is now open to the public, and runs until 24 November 2019.

Pauline Boudry / Renate Lorenz are presenting their new commissioned work "Moving Backwards". Starting with the feeling of being pushed backwards by recent backlashes, Moving Backwards explores resistance practices, combining postmodern choreography and urban dance with guerrilla techniques and elements of queer underground culture. To the end that disadvantage might turn into a tool, Boudry/Lorenz start their experimental setting with a reference to the women of the Kurdish guerrillas: To deceive their enemies, they used to wear their shoes the wrong way round to walk from one place in the snowy mountains to the other. The traces showed that they were walking backwards, but actually they were walking forwards, or the other way around. The artists ask, if we can use the tactical ambivalence of these backwards-forwards movements as a means of coming together, re-organizing our desires, and finding ways of exercising freedoms. 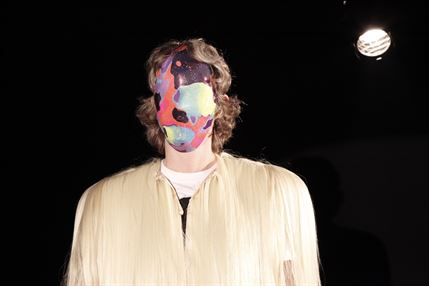 ONGOING EXPERIMENTS WITH STRANGENESS is Pauline Boudry / Renate Lorenz’s most comprehensive exhibition to date. Spanning the ground floor and first-floor cinema of the collection’s Berlin gallery, the show comprises four large-scale moving-image installations, stage elements, lights, and sculptural objects that, according to the artists, experiment with possibilities “between protest and resistance,” a reference to Ulrike Meinhof’s 1968 essay “Vom Protest zum Widerstand.”

In their collaborative practice, driven by ongoing conversations about the subjects of performance and performativity, companionship, and resistance, Boudry / Lorenz excavate unrepresented moments and gestures in history, challenging accepted narratives and binary categories of identity and meaning. The moving-image works featured in the exhibition—Telepathic Improvisation (2017), Silent (2016), I Want (2015), and To Valerie Solanas and Marilyn Monroe in Recognition of their Desperation (2013)—all draw on musical scores, scripts, and speeches, adapted and interpreted by performers. Collectively, the artists and performers explore the works’ various political and sexual potentials, examining power relations among themselves and with the viewers.

A press preview will take place on April 25 at 3:00 p.m. at the JSC Berlin. The artists and the curator will be present. Please register at: press@jsc.art 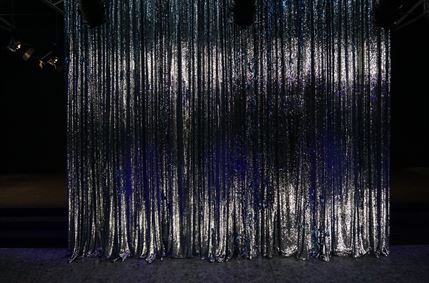 Curator Charlotte Laubard, who is responsible for the Swiss Pavilion at the Biennale Arte 2019, has invited artists Pauline Boudry / Renate Lorenz to present an installation, which includes a new video work. Entitled «Moving Backwards», the exhibition reflects on the current political situation, characterised by its regressive and reactionary forces of closure towards the other and towards difference. Faced with the scale of this recent backlash, the artists, instead of practicing an outright opposition, suggest «backward movements» as a potential tool for producing alternative forms of resistance and action.

Since the beginning of their collaboration in 2007, Pauline Boudry / Renate Lorenz have been continuously reflecting on the visibility and the existence of the other beyond the binarisms and categories that define our identities. Through filming and staging their performances in installations, the artist duo seeks to reveal what, in the constructed and composite character of identities, can undo our stereotypical representations in order to consider new relationships and to invent new modes of coexistence. As Charlotte Laubard observes: Pauline Boudry / Renate Lorenz conceive their installations as devices that lead us to renegotiate our representations. Their work produces a double inversion: it introduces gestures, images and objects that refer to current political and social issues. At the same time, it grants these elements a high degree of autonomy so that they can interact with the public and establish interrelations that challenge our modes of perception and identification.

For the Biennale Arte 2019, the artists will develop a large film installation involving performers Julie Cunningham, Werner Hirsch, Latifa Laâbissi, Marbles Jumbo Radio and Nach who will experiment with backward movements. Invited to enter a dense choreography generated by body movements, film loops and animated objects, visitors will participate in strange encounters, in an environment reminiscent of a nightclub. Their physical and sensory experience will be complemented by moments of reflection on the Pavilion’s theme in the form of a free journal containing statements written by a dozen authors from the fields of philosophy, art, political activism, post-colonial and queer theories.