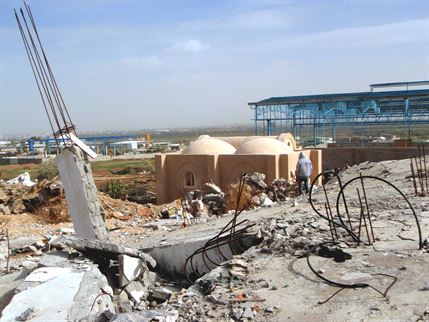 The «Salon Suisse», organized by the Swiss Arts Council Pro Helvetia and running concomitantly to the exhibition at the Pavilion of Switzerland, is one of Switzerland’s official contributions to the 15th International Architecture Exhibition. Consisting of a series of talks and events, it provides an opportunity to question architecture in a stimulating atmosphere.

In its fifth year, the «Salon Suisse» is drafted by Leïla el-Wakil, architect, art historian and professor at Geneva University. For the opening event and over the course of four weekends during the Biennale Architettura 2016, she proposes an inspiring programme that focuses on consideration for heritage and tradition, sustainability, equity and ethics of tomorrow’s «glocal» architecture.

The two-fold aim of the «Salon Suisse» is to discuss and re-evaluate fundamental ideas resulting from a balanced conception of modernity, and to participate in setting these as adapted guidelines for architecture in the 21st century. Since the first oil crisis in 1973, research, teaching and experiments to develop forms of slow architecture have been numerous. New alternatives to the mainstream industrialized modes of construction were also explored, such as bio-climatic methods, the use of recyclable materials, self-build, and concerns about constructive traditions. But these pioneers’ experiments were kept to the sidelines. Now, thanks to the global diffusion of these ideas via the internet, a multitude of innovative, cost-efficient and meaningful architectural solutions often based on lessons from the past, proliferate worldwide. One can observe an empowerment of architecture by its users. The «Salon Suisse» offers a space for reflection on topics such as tradition as modernity, reuse and recycling, the priority of human beings and human needs, «Small is beautiful», and the Existenzminimum for all, at a time of greediness for some. Swiss and foreign architects, engineers, researchers, filmmakers and artists are invited to share their knowledge and experience around the theme of «a better architecture for tomorrow».

Please find more information about the «Salon Suisse» program in the official booklet.

The «Salon Suisse» 2016 will be exclusively accompanied and documented by Hochparterre, its official media partner. Hochparterre will provide background information with written articles, audiostatements, visuals and free live streaming of part of the «Salon Suisse» talks here.

Partner of the «Salon Suisse» is Laufen Bathrooms AG