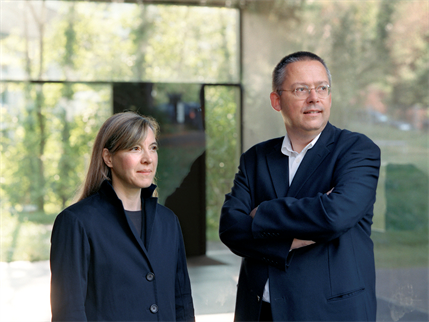 Biennials
Quintus Miller (1961) and Paola Maranta (1959) set up their joint architecture office in Basel in 1994. They became well-known through their extension of the Altes Hospiz on top of the St. Gotthard pass. Their current projects include housing developments in Basel and Zurich as well as the refurbishment of historical business and hotel estates in Zurich, one of the Grand Hotels in St. Moritz and an office building in Berlin.

Since 2000 the two architects – both ETH Zurich graduates – have been teaching as guest lecturers at several universities. They are also members of various municipal committees (urban development and cultural heritage preservation). In 2009, Quintus Miller was appointed full professor at the Accademia di Architettura in Mendrisio.