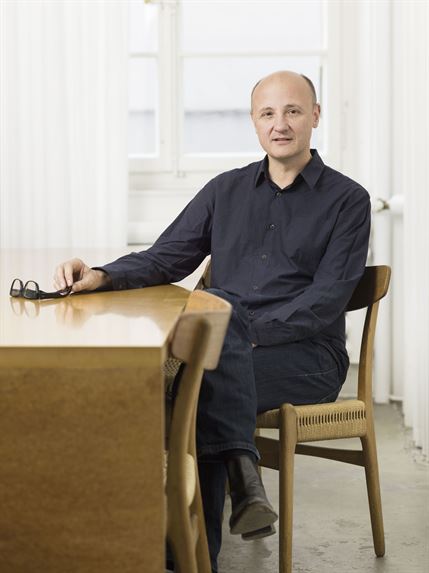 Biennials
Christian Kerez, Professor of Architecture and Design at ETH Zurich, Switzerland, was born in 1962 in Maracaibo, Venezuela. On completion of his studies, he worked as an architectural photographer. After several publications in this field, he opened his own architectural firm in Zurich in 1993. Since 2001, Kerez teaches at ETH Zurich, where he was appointed assistant professor in 2003 and full professor in 2009. In addition, from 2012–13, he held the prestigious Kenzo Tange Chair at Harvard University, Cambridge.

Recently, Christian Kerez received international praise for an office high-rise in China's Zhengzhou district (2011–12) and a large-scale social housing project in Brazil (2010–13). Among his best-known buildings in Switzerland are the Leutschenbach School (2009) and the «House with One Wall» (2007) in Zurich-Witikon.

He is currently working on projects of various scales in France, the Czech Republic, Brazil and China.