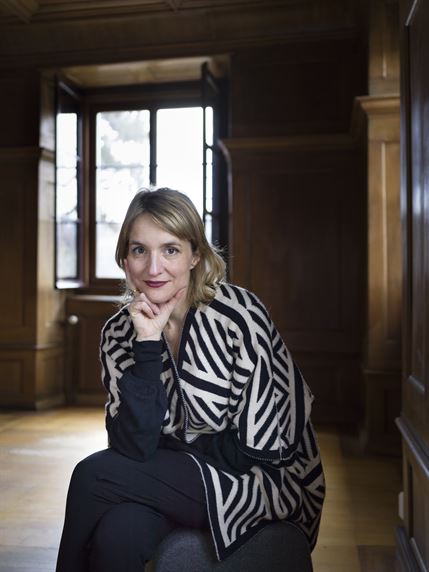 Charlotte Laubard will curate the exhibition to be presented at the Swiss Pavilion for the 58th International Art Exhibition – La Biennale di Venezia. Nominated by the Director of the Swiss Arts Council, following the recommendation of an independent jury, Charlotte Laubard is an acclaimed and experienced curator, well respected by international institutions for her contributions to contemporary art research and exhibitions. While her projects challenge the limits of artistic categorisations and the role of art in society, she is also recognised for her engaged reflection on cultural learning and participation.

About the curator
As Professor and Head of the Visual Arts Department at HEAD – Geneva School of Art and Design, Charlotte Laubard’s research focuses on the uses and value of art, on the impact of digital technology on a society undergoing profound cultural transformation, and on self-learning practices. Currently the artistic director of the LiveInYourHead space in Geneva, she is also the co-founder of the «Société suisse des Nouveaux commanditaires» («New Patrons»), which develops the participatory agenda for public art commissions in Switzerland, and where she now serves as responsible and mediator.

Holding a master in art history, Charlotte Laubard was director of CAPC, Musée d’art contemporain of Bordeaux, from 2006 to 2013, where she developed a multi-faceted programme of 50 temporary exhibitions and over 200 multidisciplinary events. In 2006, she worked as a consultant for the Victor Pinchuk Foundation on the opening of its contemporary art centre in Kiev, and she has also collaborated with numerous contemporary art galleries, festivals and institutions. In addition to curating several major exhibitions at CAPC, including Sigma, avant-garde festival 1965–96 (2013), the Michel Majerus retrospective (2012), and Jim Shaw, Left Behind (2010), Laubard recently served as the Artistic Director of the 2017 edition of the Nuit Blanche in Paris, a venture that brought together some 30 projects striving to «Faire œuvre commune».